Filed under Writing is Life

When my two eldest children were babies, I left them in the car while I ran into the pharmacy to drop off a prescription. Scott was sick, and asleep in his car seat. Jamie was playing with her toys. It was a matter of running in, dropping it off, and running out. Thirty seconds, maybe forty-five, tops.

Somehow, Scott woke up, managed to get out of his carseat, take off the emergency brake (which entailed intricate maneuvers no two-year-old should have been able to accomplish) and put the car (1965 Mercury Comet Caliente) into neutral. I came rushing out of the pharmacy to find my car no longer in the space right there at the door, but rolling downhill through the parking lot, and toward the Cedar Hill exit ramp of Route 208.

I ran after the car, yelling to the kids, “Get on the floor!” Somehow, I managed to grab the driver’s side door handle, and I started pulling. “Pleasepleaseplease.” I can still feel those words crunching in my mouth. I pulled and I hauled and I planted my feet on the asphalt and pulled even harder. Just as the car’s nose rolled into that exit ramp, I managed to pull it to a halt. Cars honked. Drivers cursed at me. My pants were around my knees because they’d fallen down while I did my impression of the Incredible Hulk, but I yanked open the door, and pulled my babies into my arms, and I sobbed.

I am a woman, born in 1964. I’ve been undervalued, overlooked, and marginalized my entire life. I didn’t march in protests. I didn’t climb a corporate ladder and crash through any glass ceilings. But I did raise four amazing humans in a society that didn’t necessarily value motherhood, even if it pretended to. I fought for, and earned my literary dreams. I overcame my own demons to adopt my motto, “Modesty is for suckers.” I survived losing a husband, a son, and still I am everything I ever wanted to be, and then some.

I am a gentle human, but I am fierce. More than fierce. I’m a beast. 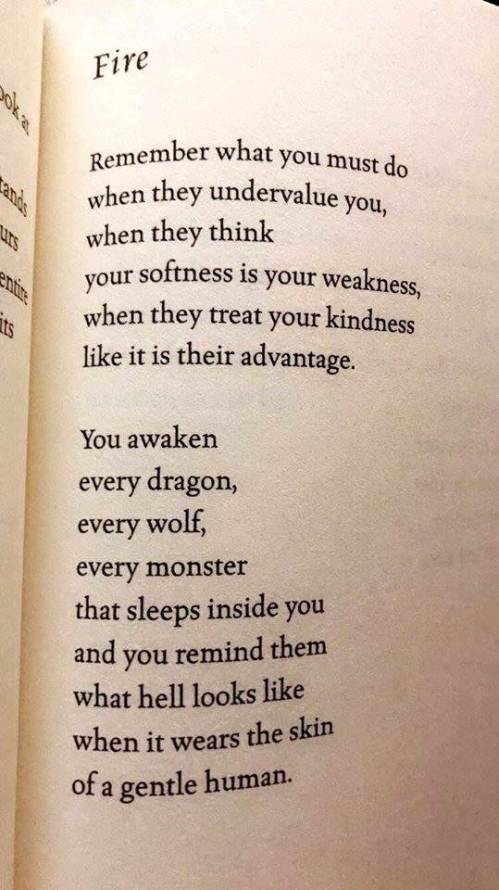 Fire, by Nikita Gills, from her book of poetry, Wild Embers.

On Addicts, and Addiction

(There are big picture Nurse Jackie spoilers below.)

Frank and I recently binge-watched Nurse Jackie. I have to be honest; I thought it was a hospital dramedy, and had no idea it centered around opiate addiction. I’m not sure I’d have started watching it if I had. But I did, and it was a really great show. Heartbreaking, but great. Because when she lied, manipulated. when the drugs were more important to her than her kids, her husband, her job, my reaction was what most have. I hated her. I saw her as a horrible person.

Edie Falco is beyond amazing. She managed to be sympathetic and hateful, selfless and selfish at the same time. Like Chris. Nurse Jackie made me truly understand how the world outside my mother-heart saw my precious son. And how I, even in my deepest brain, saw him too.

When I mention Nurse Jackie in company, those who’ve seen the show say something along the lines of, “She’s a terrible person. I hate her.” Much like I did. But somewhere along the way, and because of my experiences, I saw the other side of the character. Jackie wasn’t a bad person. She was actually a good person with a terrible monkey on her back. A misunderstood one. A disease the world at large views as the weak character of a flawed person. Because her daughter suffers from extreme anxiety, the connection to Jackie’s inherent anxiety is made clear. She also has chronic back pain, as a result of her years of nursing, and relies on the very real excuse of that pain to use.

Jackie heals, gives hope, breaks rules to aid those who are being harmed by them. She shows her character, her core, even in the depths of her worst binges. (For those who’ve seen the show–the accident on her way to the airport. Enough said.) She also lies, cheats, steals, throws others under the bus–not to save herself, but to allow her addiction to continue unhindered. She gets clean, relapses, gets clean again, relapses again. This is the life of an addict.

This was Chris’ life.

In the throes of his worst days, he was still looking out for the misfits, for the disenfranchised. Helping them at the gym, befriending them when no one else would. All the while he was tearing his family’s hearts to shreds. I watched Nurse Jackie, watched Edie Falco deliver her lines and saw the mastery with which my son lulled me into believing him. He made things sound so rational. Addiction backed into a corner is smarter, savvier than the addict. In a person as brilliant as Chris was, I didn’t stand a chance. None of us did. Like the characters in Jackie’s life, I wanted to believe. I couldn’t  prove his lies. Not until he crashed yet again, and I was breathing life into him.

The cycle was vicious. For me. For those who loved him. And for him. Because Chris was a good person, and the addict was not. The addict did things the young man screaming and buried in opiates hated too. There is a picture he drew, packed away with his things, of what his addiction felt like. Veins inside a body, and the blood droplets screaming in agony, the needle big and plunging by an unseen hand. It’s chilling. It’s real. It breaks my heart to think about it.

When Frank and I binge-watch, we binge-watch. We finished all seven seasons of Nurse Jackie in about three weeks. It was three weeks of bad dreams for me, of old memories surfacing, but it was also enlightening in a way I might never have otherwise understood. I’m glad we watched it. I’m grateful for this insight into the world outside my mother-heart, and into my own mind. It was all there, maybe buried under the years, maybe kindly quiet. But there.