She Wakes in Beauty…

It’s going to be very difficult to leave here. There isn’t a season in the whole wheel of the year I don’t open my eyes each morning to insane beauty right outside my bedroom window. In the spring, I wake to lilac blossoms. Come summer, it’s a swathe of yellow, brown-eyed-susans. Autumn is a blaze of sugar maples that go from amber to russet  to scarlet. And this is what I wake to in winter. White. A fresh canvas. The silence of snow.

I’m the country mouse heading back into town, where there are all sorts of perks I don’t get out here in the back of beyond. As I said to my Frankie D yesterday, I’m still equal parts excited about and dreading the move. I can’t imagine the last night here. Just trying to seizes me up inside. To never see those lilacs, the brown-eyed-susans, the autumn leaves and untouched snow. To never hear the peepers across the street in the marsh those cold first days of March, the cacophony of crickets in August and September, or the owls hooting in quiet October. To step out of this house, away from this land, and know it’s no longer mine; the memories made are finite after all.

I am aware that staying here is remaining static, while moving away from it is going forward, and so I move forward. I promised my bear, my amazing children, and myself. I’m ready to leave, it’s just not going to be easy. 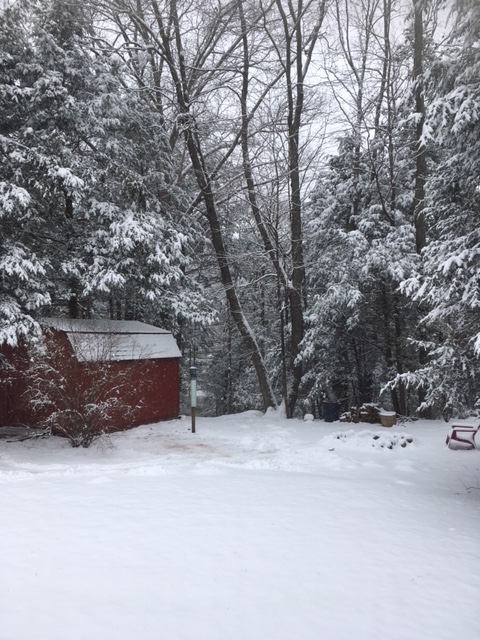